I could probably write an entire book on “the power of questions” alone (and have written before about how questions are the greatest — and only real — “mind control” tool).

But here’s a quick post on one of the most powerful questions known to man: 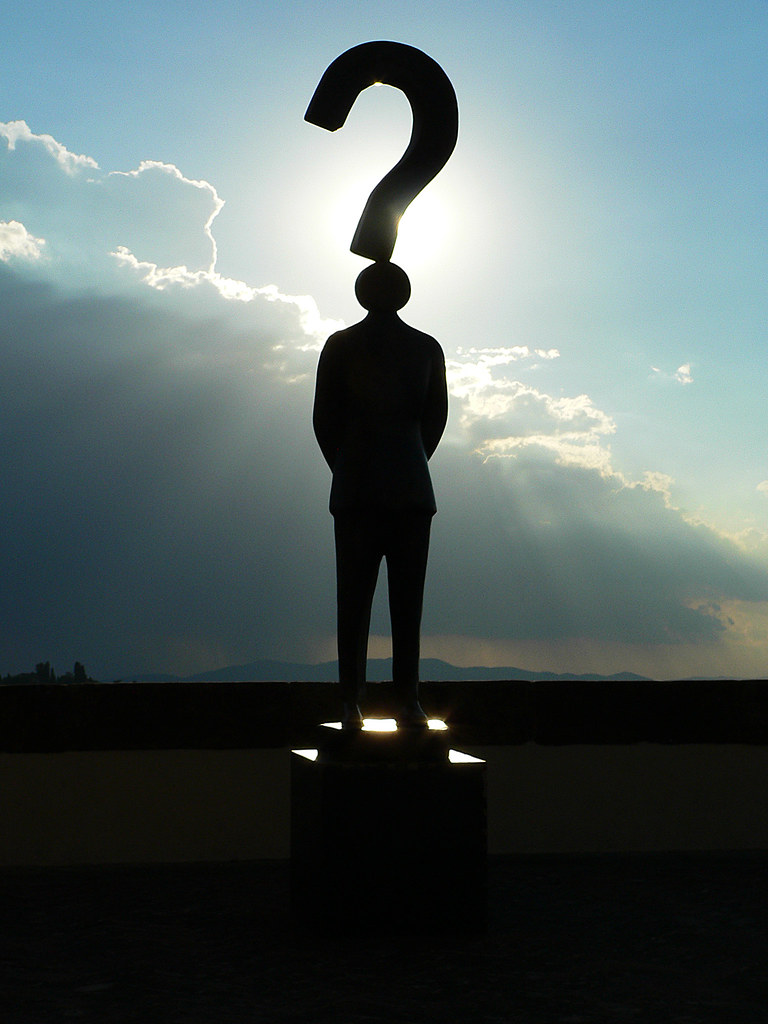 “What’s one thing I can change now?”

Seems obvious, right? Of course it does, when you think about it…but that’s usually the problem: we don’t when we need it most.

I think of this question as the crowbar of life’s sticking points.

The question works on a few different levels. Firstly, by simply asking the question, it puts you in a state of resourcefulness. We’re all great at describing the huge gaping hole that’s sinking the ship…but that won’t keep the ship afloat. We need to act, not throw our hands up in despair. And to act, we need to believe there’s a way out. This question is a primer for action; instead of focusing on the problem, it instantly whips our focus to a solution. And notice I said solution, not soultions — which leads me to….

The fact that I’m not asking you to come up with twenty — or five — or even two solutions! Just one. Brainstorming is great. Coming up with lots of ideas to a given problem is a blast. I love it — don’t get me wrong. But when you’re stuck, I’ve found the greatest ally is an army of one. One answer works because it’s simple. It’s actionable. One answer doesn’t clutter your mind, nor (I should hope) have a million steps.

Want an example? Here’s one all of you aspiring writers have heard before: if you want to be a writer, force yourself to fill a page every day. I know several successful published authors who all swear by this method. Notice the method is not “Come up with 5 different book ideas a day” or “Write one page of your book” — just “Fill a page. Period.”

And as an aside, one important element I should point out, as the example above illustrates, is keep it simple. As above, “Fill a page,” “Eat a vegetable today,” “Make one extra sales call,” “Go to the gym.” That’s the level of complexity we’re looking for here. Forget whether it’s a broccoli or cucumber, the customer prospecting you also should be doing, and the perfect killer workout that will get you ripped in a month. Simple, actionable — that’s what we’re going for — not the grand scheme, a.k.a. “the grand spiderweb.”

The question also asks what you can change — not what you’d like or wish. We all wish and would like for nice things to happen to us with relative ease. And sometimes they do. But if you’re in a position where you need this power question, they’re probably not…yet.

And last but not least, when do want it? Now! Yes, we’re saying, “Brain, give me something fast, that I can implement quickly.” We’re completely staying away from the elaborate plans we can set in motion next week, or next month, or come January 1st. We’re rolling our sleeves up and looking for the not-so-sexy, sometimes seemingly minuscule thing we can do immediately (or nearly immediately).

January 1st is a few weeks away, and we’re all supposedly making Resolutions, but if there’s something you want to change — your career, your weight, your health, your finances — ditch your New Year’s Delusions and ask yourself this question…NOW!