Most trainers and strength coaches I know have suddenly gone all-in with corrective exercises. They FMS, prescribe correctives based off of the results, and then continue to hammer away at the same correctives for months on end.

Corrective exercises and the strategy by which they should be used are not unlike the strategy employed when forced to use a Port-A-Potty at a construction site: get in, get it done, and get the hell out! 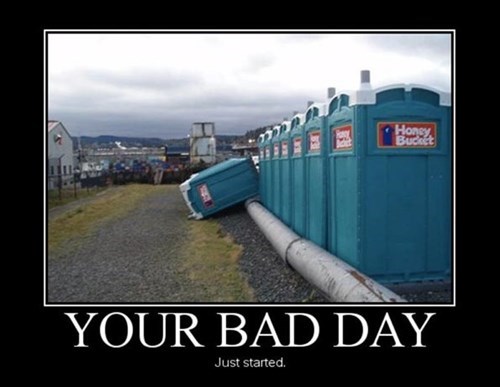 Corrective exercises are either designed to address particular asymmetries and/or faulty movement patterns, or are simply a regression of an exercise that can’t be performed with precision.

When you take a look at most of the corrective strategies, they are designed to be used a handful of times to address the immediate problems, and then you move on. Many trainers and coaches have a tendency to hang on to these strategies for far too long, severely limiting the progress that can be made beyond that of the initial improvements.

After the original corrective strategies, the best progression is to move on to performing actual exercises and performing them with proper form! In other words, correcting asymmetries and faulty movement patterns can be accomplished efficiently and safely by exercising correctly. Programming corrective strategies are similar to using training wheels on a bicycle; start with the wheels down, get used to the pattern and function of the bike, and eventually (usually relatively quickly) riding the bike gets too easy with the wheels down so what do you do? Raise the wheels just a bit, allowing you to ride the bike primarily using your own balance, but with the safety net of having those wheels there to catch you if you should lean too far to one side. The last step is removing the wheels and going for a bike ride, assistance free.

Corrective strategies for a deadlift provide a great example. If someone is incapable of performing the active straight leg raise to an acceptable range during the FMS, we clearly do not want to have them start deadlifting from the ground immediately. So lets break down the movement in to a simpler form and then work back up. One way to do that is to start on the floor, practicing hip hinging and leg lowering. Hip bridges, as simple as they are, can many times be the missing link between being able to deadlift and not. One of the biggest problems with the bend pattern is the inability of someone to consciously activate their glutes. By working on the hip hinge from the ground, we can strip the movement down and increase glute activation capabilities. After the hip bridge we can proceed to working the hip hinge pattern standing, with a dowel or extremely light barbell in the form of an RDL. From here we progress to an RDL from an elevated start point, work to the floor and finally can get into the correct deadlift position, with all the proper muscles needed being activated. 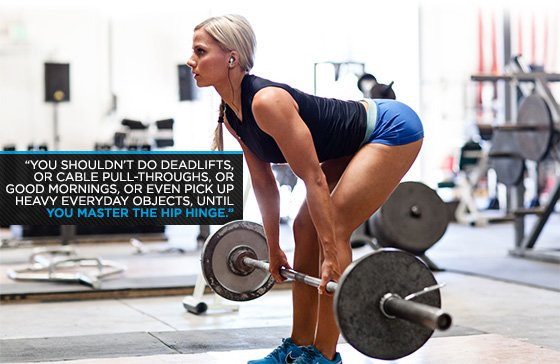 Once progress has been realized it is time to move on to resistance exercises executed with the proper form. Corrective exercises should be used as a supplement to the big, or core lifts in your program.

Start with correctives prescribed by performing the FMS or a similar movement screening system.

Once relatively efficient at performing these correctives, add another level of difficulty, with assistance provided if needed, or simply perform a regressed version of the problematic movement pattern.

Take the training wheels off – pick things up, put them down, pain-free and executed with precision.

If you want to know more on how to implement corrective strategies to your workout routine or have other strength and conditioning related questions, hit me up on twitter @HL_Nick.